Lockheed Electra Aeroplane (Airplane) our code 2032. Note EPI doesn't sell direct to the public (except promo products) if you can't find the product at your local shop tell them to contact us, or if you are a reseller, retailer, manufacturer, wholesaler please contact us: Profit from our Products!!

One of our latest product to be released (a restoration of an old mould) is the Lockheed Electra Turboprop. Also known as the P 3K Orion Aircraft (modified Electra).  However, it isn't a stock item, but can be manufactured for you, MOQs apply, normally 1000+

The photos here are of our grey plane, but we don't have any left. We only have light blue. I will run it again in the next few months (I wrote this on 24 July 2007, so may have done so by the time you read this), but as you can imagine it is a big exercise.

This is from one of our cool retro moulds we have in our plastics factory. Made by us in Dunedin NZ. However, it says Made in Australia - we will eventually get this off the mould. So buy local and keep good keen young Kiwis working. Also check out our other products made by EPI plastics.

Interestingly the old Lockheed Electra is still in service around the world but as the Orion (modified electra). The RNZAF operate 6 Orion Maritime Surveillance aircraft (converted Electra).

All six Orions were upgraded (avionics and radio systems) under project RIGEL in the early 1980s. Following the upgrade the designation P-3K has been applied to these aircraft. 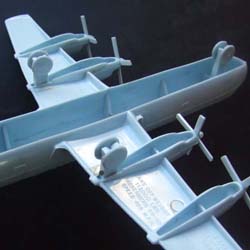 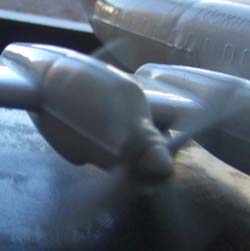 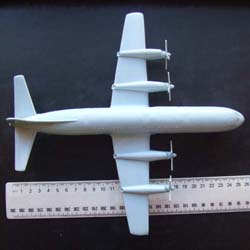